the Corona Regulations will be observed. 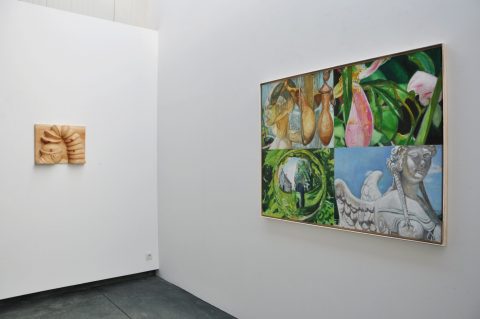 Josef Kern has been one of the most important representatives of
figurative painting in Austria since the late 1970s. Together with
Hubert Schmalix, Alois Mosbacher and Siegfried Anzinger, whose painting
is also characterised by representationalism, he was one of the main
representatives of the "New Painting" in Austria.
Sensuality, vitality and eroticism, these were also impulses that were
to lead out of conceptual art into the pictorial new painting. Kern
undoubtedly tries to generate eroticism from painting. The act of
painting is often equated with the sexual act. The blossoms and fruits
are the sexual organs of the plants, the photographer Robert
Mapplethorpe was sure.
In the sculptures carved from wood, the human body is combined with
vegetal forms. The impression of the exoticism of distant cultures and
the surreal are close at hand. The reliefs are characterised in the same
way by the ornamentality of the floral motif and by the sensuality of
the forms, which bulge plumply out of the two-dimensionality of the
picture and develop an even greater delicacy in the three-dimensionality
of the sculptural.
Josef Kern later pursued more of a surreal pictorial invention. This
approach of the fantastic, the ornamental, where once again the vegetal
is combined with the corporeal, has a long history in Austria since Art
Nouveau.
Kern thus combines in his work essential traditions of painting, such as
Expressionism, Realism and Surrealism, but is able to place this very
skilfully in a present that we recognise. Thus his painting is by no
means backward-looking, but is an expression of vital existence - from life. 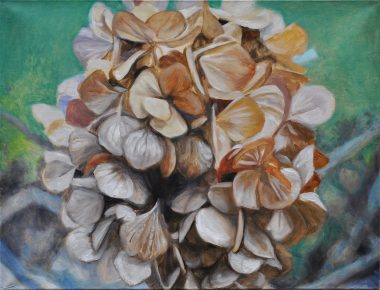 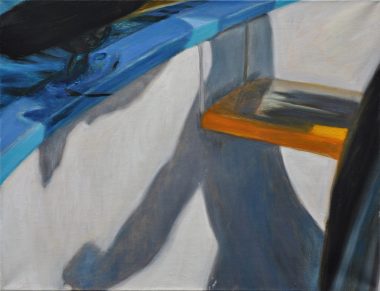 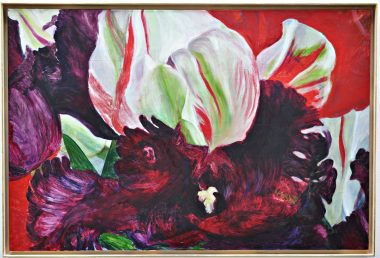 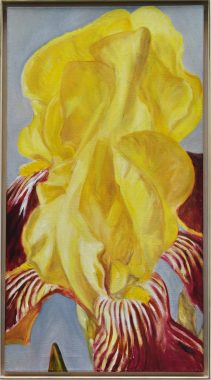 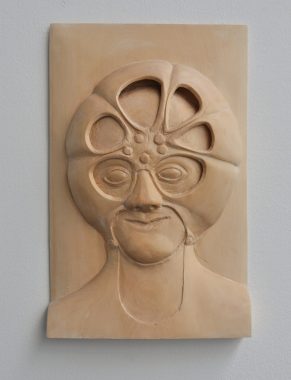 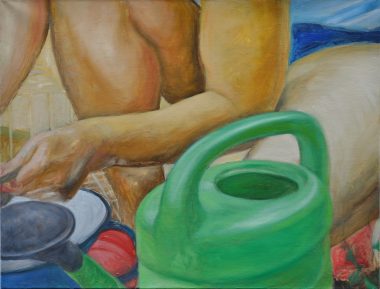 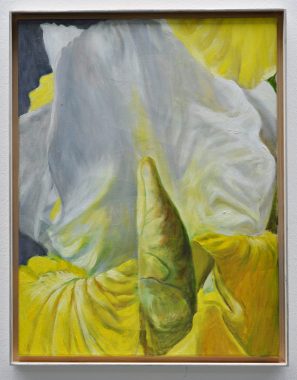 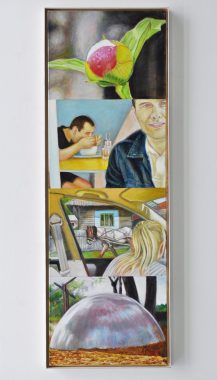 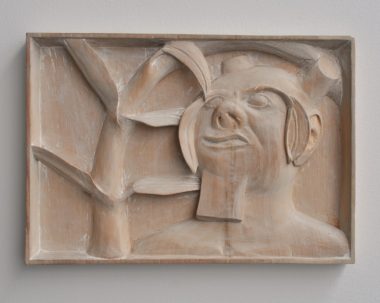 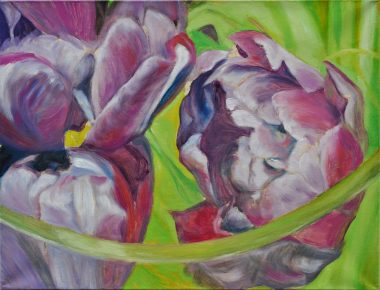 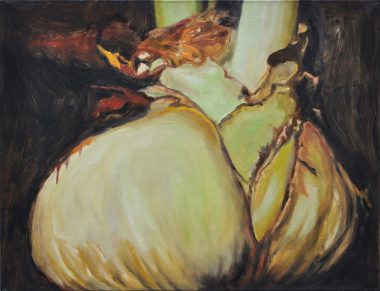 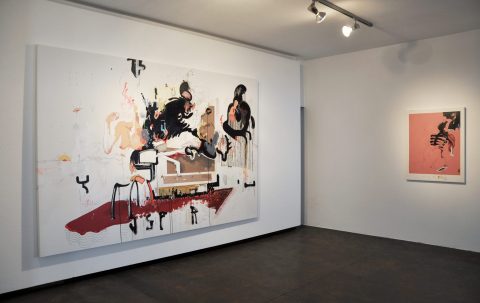 Josef Wurm turns those joints and threads of the world that hold
together the romantic key points of gloom and everyday life. Fearless
colours and a bold calm dwell on the canvases, in which noble spirits
and admirals sated with madness, tame beasts and lost faces ceaselessly
transform each other.
The images are tilting pictures and the meanings break before the eyes,
but the aesthetics remain. Wounds and miracles, dreams and ruins cannot
be distinguished from each other and Wurm paints the thousand faces
behind the masks, sky and human flesh, as if they were the same. He
burrows earthily into the beautiful bowels of the world and does not
take reality too seriously.
The delicate circus madness gapes at the paper, the memento mori does
not admonish but excites, the figures hunger on and starve of the world,
and finally the viewer's gaze finds the images as if going home. 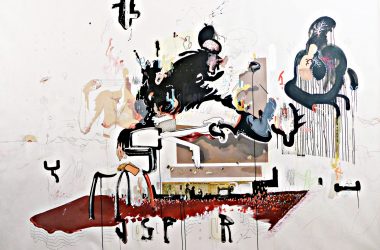 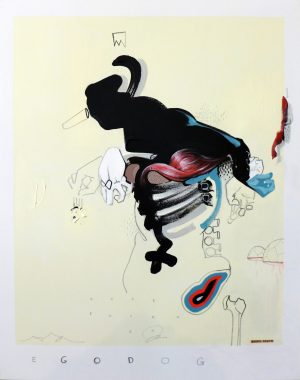 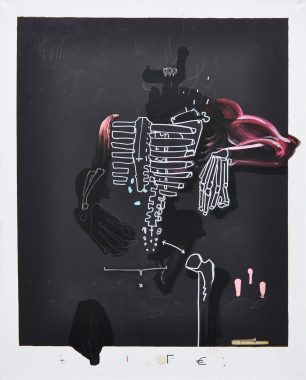 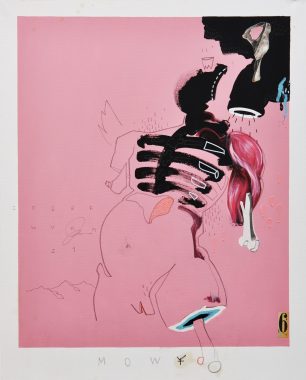